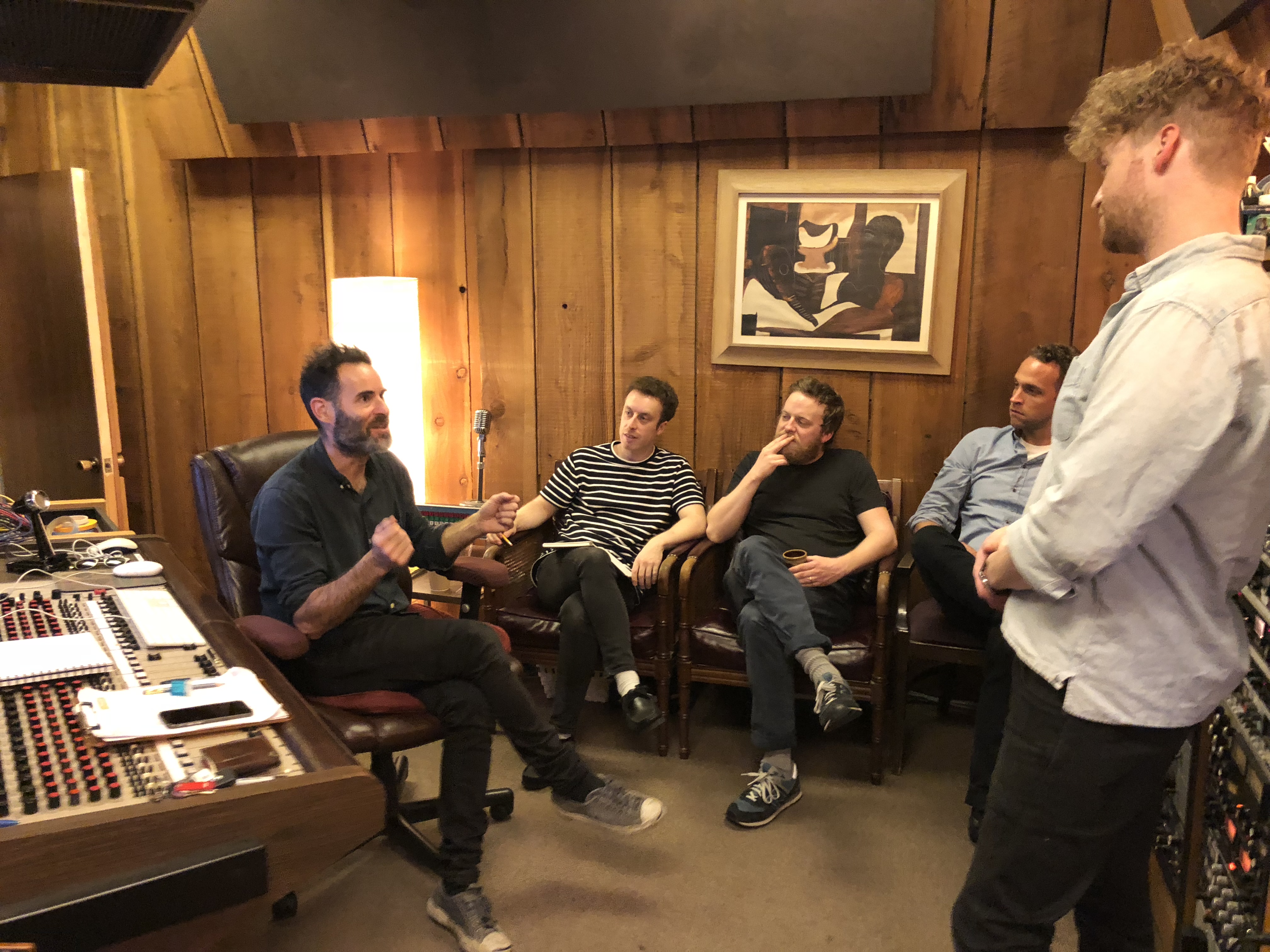 Los Angeles based Australian native Tony Buchen is an ARIA (Australian Grammy) nominated producer / writer /mixer / engineer / string arranger / Composer. Over his career he has developed an extensive list of credits having produced and mixed some of the most established and ascendant talent in Australia and abroad, including: The Preatures, Courtney Barnett, James Iha, Montaigne, Robyn Hitchcock, G-Flip, Mick Flannery, The Falls, The Silver Lake Chorus, Loon Lake, Spookyland, The Church, Mansionair, Tim Finn and Thelma Plum.

Tony begun his career as a musician, being the bassist and front man for the Baggsmen (formerly The Hive) who achieved success in Australia in the early 2000’s as a feature artist on Australia’s lauded Triple J Radio and playing all of the country’s major festivals including The Big Day Out, Sydney Festival and the Falls Festival. Over this time Tony began producing his band's records and building his now formidable collection of vintage instruments and recording gear.

In 2008 Tony began making annual trips to the US producing and mixing records at revered studios Electric Lady Studio in NY and Henson Studios in LA. After falling in love with the music culture, depth of musicianship and pace of life in America Tony relocated, along with his collection of studio gear to Los Angeles where he is currently based out of his W Ave 34 Studios at Kingsize Soundlabs in NE LA.

Tony's discography of work is testament to the eclectic nature of his musical tastes: as a teenager he was equally obsessed with the raw whit of the Beastie Boys, the songwriting mastery of the greats like the Beatles and Dylan, the gritty soul of James Brown, the psychedelic experimentalism of Jimi Hendrix, the orchestrated funk of David Axelrod and the frayed power of the Clash. Guitars, drum machines, synthesisers and samplers all mesh together to form the fabric from which Tony draws his palette of sounds in the studio. This has made Tony one of Australia’s most versatile producers leading him to work with a deep selection of artists including The Preatures, Courtney Barnett, Montaigne, G Flip, Robyn Hitchcock, Mansionair, Spookyland and Troy Sivan. . In today's world where genre takes a back seat to the intention and attitude of an artist's recorded work, Tony is uniquely equipped to guide, shape and execute records that say something and speak loud.

An active songwriter published by BMG Publishing Tony often incorporates writing into the production process and vice versa. Recent cuts include songs on records by Oh Pep, Mick Flannery and Montaigne. Tony has also written for theatre, film and television having composed for major TVC campaigns by Telstra and Toyota Scion, short films and most recently the score for The Wider Earth a play originally commissioned by the Queensland Theatre Company. now in its third production at London’s Natural History Museum for which Tony won the Queensland Theatre Award for Best Score.

Tony’s work on Montaigne’s debut album Glorious Heights (Sony) led to an ARIA (Australian Grammy) nomination for Producer of the Year in 2016.