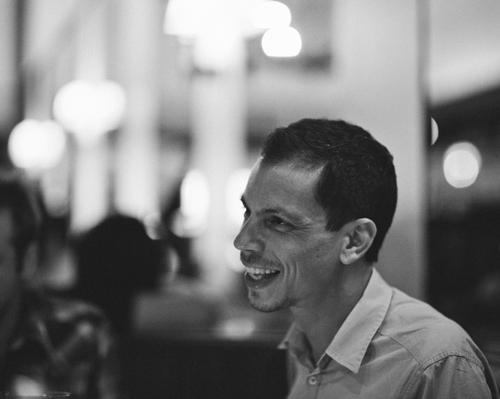 Craig Schuftan is an Australian author, broadcaster, producer, curator and DJ, who lives and works in Berlin. He’s written two books about culture, philosophy and music, and is about to release his third: ‘Entertain Us – The Rise and Fall of Alternative Rock in the 1990s’.

Schuftan has presented talks and lectures all over the world, including Berlin (Nerd Nite, Eine Kleine Nacht Fieber), Edinburgh (City of Literature), The Netherlands (The Academy for Pop Culture), Sydney (Semi Permanent, AGNSW Art after Hours, The Sydney Writers Festival) and Melbourne (The Emerging Writer’s festival). As a producer, he has been making triple j sound funny and smart since 2001, and has created dozens of programs for the station, including the ARIA award-winning ‘Blow Parade’ and hosts his own segment, ‘The Culture Club’. Last year, Schuftan made dancefloors smarter and turned lecture theatres into Boogie Wonderlands with ‘You Can’t Stop the Musing’ – the world’s first disco lecture. This half-hour of disco power combined a live talk on the philosophy and historical significance of disco with a seamlessly mixed and shamelessly populist soundtrack.

Now Schuftan is taking a good hard look at the 90’s – specifically the rise and fall of irony in 90s rock, from Nirvana’s “’‘’Smells Like Teen Spirit’‘ to The Flaming Lips’ ‘’The Soft Bulletin’’.

From the moment Kurt Cobain appeared on the cover of Rolling Stone wearing a t-shirt that read “”Corporate Magazines Still Suck””, irony was established as the basic mode of youth culture in the 1990s. Nobody knew exactly what it was or how it worked – even Alanis Morrisette, who wrote a whole song about it. But just like Winona Ryder in ‘Reality Bites’, everybody knew it when they saw it. In this lecture Schuftan takes up back, way back, to the heady day’s of the 90’s to find out once and for all why irony was so important and where it ended up disappearing to.