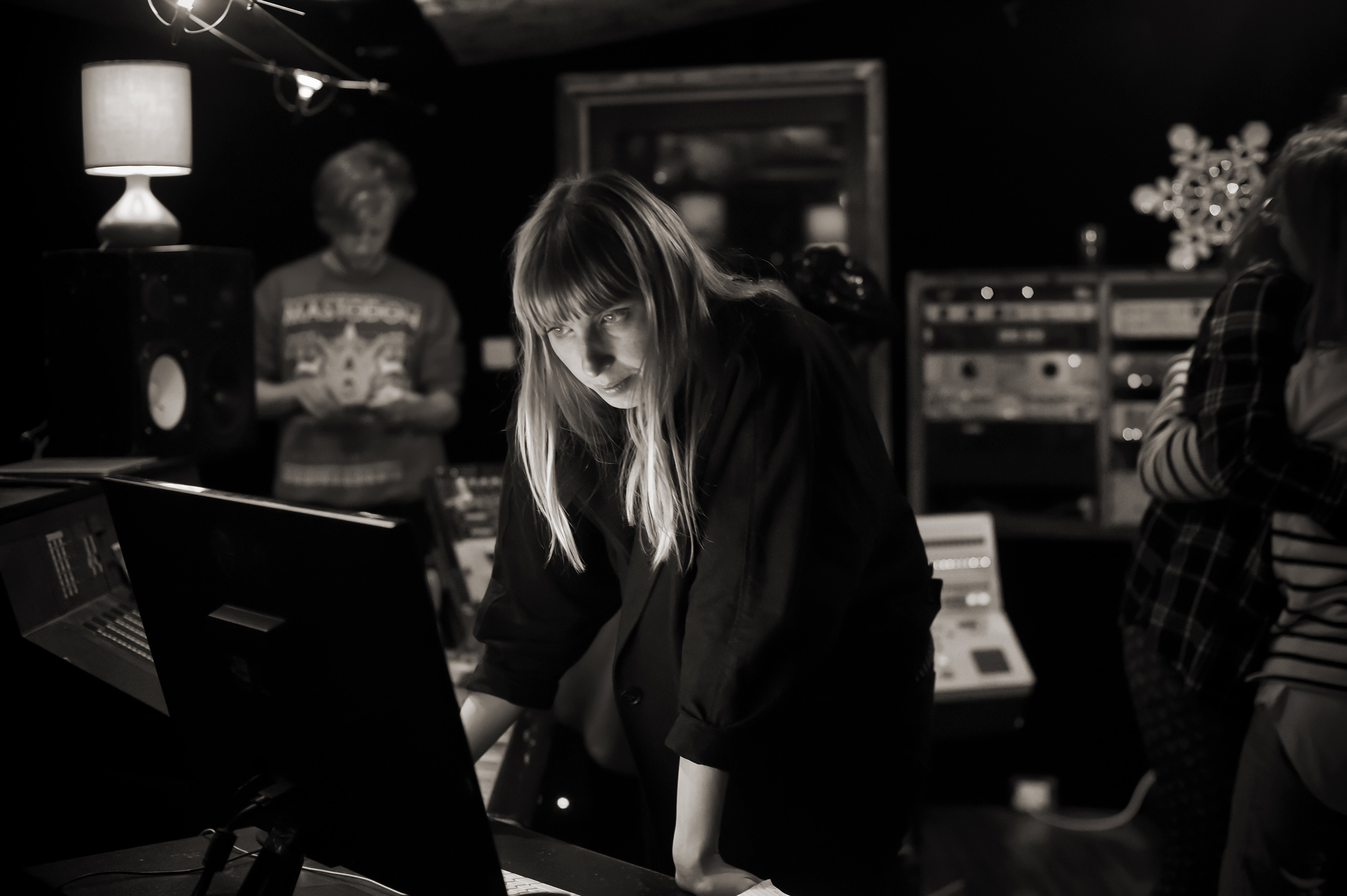 Award-winning producer Anna Laverty has built an exceptional and ever-growing show reel of credits, which has solidified her reputation as one of Australia’s finest creative talents. Helming production on an impressive catalogue of releases across multiple genres, Anna is renowned for her ability to pull innovative tones and help a project realise its sonic potential.

Having cut her teeth under the tutelage of award-winning producers Paul Epworth (Adele, Primal Scream, Foster The People) and Ben Hillier (Blur, U2, Elbow) at London’s famed Miloco Studios, working on releases by the likes of Florence and The Machine, Bloc Party, Depeche Mode and Pete Doherty, Anna brought her talents and experience back to Australia and has become one of the go-to producers in the nation’s music scene.

Her impressive body of work and reputation saw her picked out to feature on the successful 2019 ABC television series ‘The Recording Studio’ as a featured engineer. The program brought everyday Australians into the studio to write and record a song. The inspired repertoire and calibre of production saw the show win the 2019 ARIA Award for Best Original Production.

In early 2020, Anna worked alongside legendary American songwriter, Amanda Palmer. Originally slated as a single four-hour session, the chemistry and outcomes were so strong, the two went on to record an entire album called ‘Forty-Five Degrees’, which featured performances from Missy Higgins, Montaigne and Clare Bowditch.

In addition to her production talents, Anna is an adept songwriter having written with Hannah Joy (Middle Kids), Jade McInally (Jade Imagine) and Kaitlin Keegan among others.

Anna generously shares her experience and expertise with budding songwriters and producers in Australia as an APRA AMCOS ambassador, at APRA ‘Songmakers’ sessions, as a mentor for the ‘Girls Rock’ program and has spoken at music conferences around the world including Bigsound (QLD), Going Global (NZ), The Melbourne Sessions (VIC), Guinness Amplify (KL) and InTune (NT).